One of our most longstanding customers, Houlihan Pharmacy, recently upgraded their phone system to one with many more features. They didn’t know that, just a few months later, this would save them potentially thousands of pounds.

Houlihan Pharmacy is a family-owned business that operates seven community pharmacies in and around Glasgow. They have been with Silver Cloud for many years. This year they decided to change their energy supplier, which set off a really remarkable chain of events. Their Operations Manager, Rodney Haugh, explains.

“Around April this year we upgraded our phone system. Silver Cloud came to us with a proposal that would give us more features for less cost, so we went ahead with it. One of the new features was call recording, which seemed to be useful but a ‘nice to have’ rather than an essential. Within a few months, that changed dramatically.

Our contracts with our energy company were due to expire at the end of September, and from about May or June they started calling us and asking us to renew them. We’d already decided that we were going to move to a different supplier, as we weren’t very happy. On some of those calls they got quite abusive and aggressive with our staff.

But when they tried to take over the contracts, they were told by our old supplier that we had signed a new one-year extension to most of our contracts. So of course we went to the old supplier, explained that we hadn’t signed anything with them, and asked them to provide proof of their claim that we had. They said that the documents had been signed through a broker – a company based in England that we’d never had any dealings with at all.

When we looked at the documents we saw that they seemed to have been signed online by our MD, but we could tell straightaway that they hadn’t. The signature was wrong, and the email address shown was one that didn’t exist. I then checked the IP address of where it had been signed, and it was somewhere near Birmingham.

Our old energy company insisted that we had to deal with the broker, so we contacted them and asked them to investigate what had happened.

Some time later – a few days after the contracts had expired – someone from the broker called me. They claimed that they were investigating the issue, and asked for all sorts of information like meter numbers and things. I was surprised, as of course they had all that already. Then they said that they wanted to go through prices. I said, “No, we’re definitely moving to a new supplier,” but they insisted that they were legally obliged to go through prices.

He went through the prices for each meter, and each time I said, “No, we’re not interested.” After the call I thought that it was a very strange conversation – almost like he was trying to manoeuvre me into saying things.

The next day the broker came back to us and said that they had completed their investigation and found that we actually had agreed to the new contracts. They emailed us recordings of the conversation we’d had the day before – except that in these recordings I said “Yes” to each of the prices, when in reality of course I’d said “No.” They’d taken a recording of me saying “Yes” when I was confirming an email address, and used it to replace my answers to each of the prices.

Very fortunately, when we got the new phone system we had started recording all calls.

I sent the correct recordings to the broker, and very soon the guy I’d spoken to the day before called me again. When I said that their call recording was false, he said, “You can’t prove that.” When I said that I could because we had correct recordings, he got angry and tried saying that we hadn’t given notification that calls were recorded. I pointed out that there’s a clear notice about this on our website, and he started effing and blinding and saying that I’d get him in trouble with his boss!

And that was pretty much the end of that. We now have all our energy contracts with our new supplier. I’m really grateful that we had call recording, as without it we would have had to get the false recordings examined by an expert to prove that they were false, which I’m sure would have been complicated and expensive.”

A truly remarkable tale, we’re sure you’ll agree. Thankfully, it’s one with a happy ending. And also, perhaps, a useful lesson: if you get a chance to upgrade your phone system to one that does more for less cost, take it! Because you never know when one of those new features might come in very handy indeed. 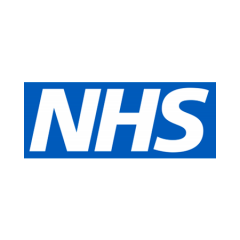 The background Lightbody Ventures creates food products which suit the customers of well-known brands, and then sells those products to ...